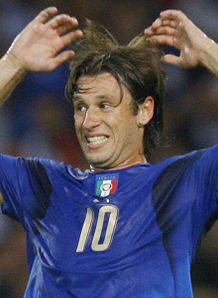 Antonio Cassano will be making a definite move to Italian side Sampdoria. This means an end to the player's cooperation with Real Madrid.

Cassano only scored two goals in nineteen games at Real Madrid after his arrival from AS Roma, and the Spanish side decided to loan the forward to Sampdoria.

The player turns out to be significantly better in the Serie A, having scored ten goals since joining 'Samp'.

Despite a five-match ban earlier this season after throwing his shirt at a referee, Sampdoria are satisfied and offered to buy the player.