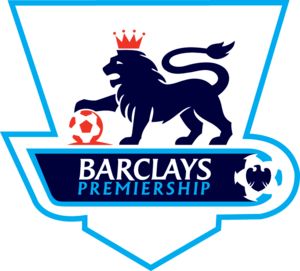 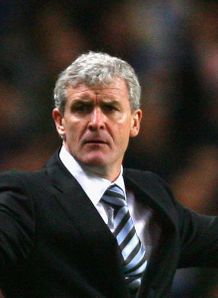 Mark Hughes was confirmed as Manchester City manager on Wednesday after being given a glowing tribute by the club's Thai owner, Thaksin Shinawatra.

Hughes, 44, agreed a three-year contract worth £9 million pounds to succeed Sven-Goran Eriksson at Eastlands and will be presented at a press conference on Thursday. City had to pay around £4 million (five million euros) compensation to Blackburn to secure the services of Hughes, while his Rovers assistant Mark Bowen and two other members of his coaching staff are set to join him.

Chelsea were also believed to be interested in Hughes, so Thaksin moved quickly to tie up the Welshman.

"He's an outstanding manager who has achieved many things with Blackburn," Thaksin told the Daily Mail. "Mark was always the first choice of our new executive chairman, Garry Cook. Together they will make a great team. They will both prove to be excellent acquisitions, I'm sure."

Bentley, Santa Cruz to follow?
The former Manchester United and Barcelona striker met Cook on Tuesday to rubber-stamp the deal and was told he will have a substantial budget to bring in new players.

"I am delighted to welcome Mark on board. In our view he is the brightest young manager in the game and he was our number one target for the manager's job," Cook told City's website.

"He made it clear to us from the moment we met that he shared our vision and ambition to make Manchester City one of the top sides in the country. The club intends to invest in new players as well as securing the long term services of key members of the current first team squad.

"Mark has already identified some of the players and backroom staff that he wants to see here at City, and we will begin the process of recruiting them immediately."

Hughes's first targets could lead him back to Blackburn with offers for England winger David Bentley and Paraguay striker Roque Santa Cruz. City fans were unhappy with the ruthless way Thaksin axed Eriksson after the Swede led the club through their best season for several years.

But Thaksin is convinced he had to make a change to ensure City can compete with the Premier League's big guns and Hughes, regarded as one of the best British coaches, fitted the bill.

"These are exciting times for Manchester City and I hope the supporters can understand that I share their goals," he said. "That sometimes means making ruthless decisions. Now we can go forward to a new era, with a new management structure and great hope and ambition."

not a great move for Hughes in my opinion, should have stayed at Blackburn.

I wished he stayed at Blackburn, he was doing such a good job. Apparently he has got £30m to spend on player's this season, knowing him he will be able to sign some good players for that amount.
_________________
Forca Portugal!

i think its alright. it will hurt blackburn though as they have lost a good manager.