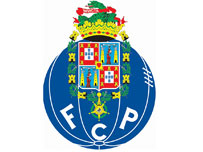 Portuguese champions Porto have been excluded from next season's Champions League over alleged bribery of referees in the 2003/04 season.

The allegations relate to Porto's 2-0 win against Estrela da Amadora and their 0-0 draw with Beira Mar.

Porto won their domestic title and the Champions League in 2003/04 under their former coach Jose Mourinho, who has not been mentioned in any allegations.

The club has already confirmed it will appeal against Uefa's decision.

Last month, Porto were found guilty by the Portuguese league of fixing the two league matches in question, which were part of the "Golden Whistle" investigation.

As a result Porto were fined 150,000 Euros and docked six points, but they decided not to appeal against that decision on the grounds the club had a substantial lead in the league.

The punishment did not affect final standings as Porto still won last season's title for the third time in a row, 14 points ahead of Sporting Lisbon.

However, the club's president Jorge Pinto da Costa has appealed against a two-year suspension and he will go to trial in a civil lawsuit by Porto prosecutors.

Uefa director of communications William Gaillard told BBC Radio 5 Live: "We have taken this decision because a Portuguese court has actually sentenced FC Porto and its president.

"The president has appealed against the decision but the club itself has not appealed and therefore this is a sentence that stands and under our statutes, we felt obliged to ban them from next year's Champions League.

"I don't think it will affect Porto's status as champions of Europe in 2004, this is not something that has come up in the recent debates that we had among our legal experts.

"Porto can appeal within three days of receiving the motivations of the sentence, if it lost that appeal of course we would then replace Porto with the runners-up."

Previously AC Milan were excluded from the Champions League in 2006 following the investigation in to corruption in Italian football that saw Juventus relegated.

But they successfully appealed against the decision and went on to win the competition.

The affair in Portugal, which came to light in April 2004, also resulted in five referees being suspended for periods between two-and-a-half and six years.

The referees were found guilty of accepting the offer of prostitutes after matches, while in once case an official received 2,500 Euros prior to a match.

Boavista were relegated to the second division for their part in the match-fixing.

wow i hope they don't give benfica a place in europe over this.

The punishment is right in my opinion. They need to clamp down and show they are no pushovers when it comes to making big decisions.

As for what is going on with the 3rd place CL team, i don't think Benfica will be given it, i think it will probs just be Guimaraes and Sporting. Tbh I don't want to be in the Champions League. We need to build a good team and starting in the Uefa Cup is good for us.
_________________
Forca Portugal!

I hope they overturn the decision, I don't think they deserve this, who of the players today were playing for Porto when the alleged match fixing happened? Overall it's just bad for Portugal. Guimaraes will get destroyed and Sporting will be happy if they finish 3rd and get into the uefa cup

Ok, it's bad for portugal fair enough, but so is cheating. It gives us a bad name. The punishment was well deserved.

Maybe the majority of the player's that are at Porto now weren't apart of the team now, but that really doesn't matter, they aren't the ones bribing, the Chairman is, and he is still at Porto.
_________________
Forca Portugal!

on the bright side braga no longer has to qualify through the intertoto cup.

but for FCP and the Liga itself thats ashame

How long is the punishment for? 3 years?


so does Benfica have to qualify still to be in the UEFA cup tourny? or are we not in it at all?
Ever since every1 was talkin about how this year the Portuguese Liga lost one European spot, i've been a lil unsure of things

Well i'm not too sure but I do think Benfica may get that 3rd CL spot. I will need to find out though.

wow i can imagine martinho and baseado being majorly pissed lol.

now punish them in the league by relegating them. lol. well atleast a point deduction.