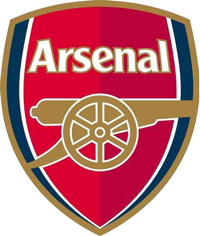 Location: Ashburton Grove, London, England
Opened: 2006
Capacity: 60,355
The Emirates Stadium is a football stadium located on Ashburton Grove in Holloway, north London, and the home of Arsenal Football Club since it opened in July 2006. The stadium has an all-seated capacity of 60,355, making it the second largest stadium in the Premier League after Old Trafford, and the third-largest stadium of any kind in London, after Wembley and Twickenham. During the planning and construction stages, it was known as Ashburton Grove before a naming rights deal with the airline Emirates was struck in October 2004. The stadium project cost £430 million, but not all was for the actual construction of the stadium itself.

The stadium is a four-tiered bowl with roofing over the stands but not over the pitch. The design team was made up of architects HOK Sport, construction consultants AYH, and engineering firm Buro Happold. The stadium was constructed by Sir Robert McAlpine on the site of the former Ashburton Grove industrial estate, several hundred yards from Arsenal's former stadium Highbury.