Any news and discussion relating to the La Liga giants FC Barcelona goes in here.

LMAO
Barcelona keep pissing off their star players, i eventually new this was goin to happen after hearing rumours that Henry doesnt like how he's being played out of his position and the fact the supporters are being hard on him. 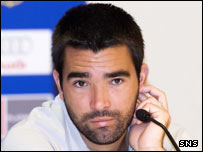 Barcelona playmaker Deco has indicated he will leave the Camp Nou this summer as he eyes a move to England or Italy.

Reports claim that Deco, who is under contract until 2010, has been given the go-ahead to leave Barca and the Portugal international has set his sights on a move away from Spain.


Deco has been linked with a transfer to Chelsea and Manchester United in the past and the news will now alert a host of Premier League and Serie A managers.


"I will go to an English or an Italian club. But not Spain because the only club at the same level as Barcelona is Real Madrid and I will never go to Real," said Deco.

"The club spoke with my representative and I know that there are offers, I am going to negotiate. I don't want to leave Barca with problems.

"Barca people come and go, but the club continues, and me going is not the end of the world.

"I want to be where I am wanted and when things end up this way, it is best that you go. I thank the club for being honest with me."

It is expected that a number of players will leave Barca this summer following the departure of manager Frank Rijkaard.

Ronaldinho, Edmilson, Lilian Thuram and Gianluca Zambrotta have all been tipped to also leave.

Id really like to see Deco in the EPL, i think he's due for a move away from Barcelona anyway.

on the contrary i thought he one statement was funny:
"I will go to an English or an Italian club. But not Spain because the only club at the same level as Barcelona is Real Madrid and I will never go to Real," said Deco. 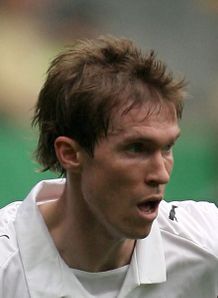 Reports emanating out of Spain suggest that Barcelona are keen on Arsenal midfielder Alexander Hleb.

The Catalan giants are keen to implement a summer rebuilding programme at Camp Nou having endured a disappointing 2007/08 campaign.

They have already completed a deal to take Gerard Pique back to Spain from Manchester United, while also agreeing to buy Seydou Keita out of his contract at Sevilla.

It was thought that Belarus international Hleb would be on his way to arch rivals Real this summer, but Barca have now signalled their intent to hijack any such move.

The club's sporting director Txiki Bergiristain was in Germany on Wednesday to see the playmaker represent his country, and is thought to have held discussions with the player and his agent after the game.

Hleb has spent the last three seasons with Arsenal, but with nothing to show for his time at Emirates Stadium he is keen to take on a new challenge elsewhere.

YAOUNDE (AFP) - Cameroon international striker Samuel Eto'o has been accused of headbutting a journalist during a heated Indomitable Lions press conference, according to press reports here on Saturday.

Local radio reporter Philippe Bony claimed that the 27-year-old Barcelona star headbutted him after tempers flared between journalists and Cameroon players on Friday.

Journalists refused to take part in the press conference in protest at the decision by team officials to limit their access to players during training sessions ahead of Saturday's African Nations Cup and 2010 World Cup qualifier against Cape Verde.

In the melee that followed, members of the Cameroon team confiscated television cameras and mobile phones, according to the journalists present.

"He (Eto'o) grabbed me round the neck, then headbutted me above the lip. My tooth has been loosened," Bony told AFP.

Bony also claimed that he had suffered a double hand fracture after being set upon by Eto'o's bodyguards. The journalist added that he intends to take legal action against the player.

Eto'o - who is reportedly in the middle of contract talks with London club Spurs - was not available for comment on Saturday.


Anyways, at the bottom of the article is says he's in talk with the Spurs this weekend. i wonder wat the Spurs supporters think about that

I would like to see Eto'o in the premiership. Spurs aren't a team that give out huge salaries, but I think they might need to invest a little more than usual for this guy. I remember Eto'o saying he was a Spurs supporter or he liked Spurs....RANDOMNESS!
_________________
Forca Portugal!