All Chelsea related news goes in here. Injuries, Contracts, etc. Not transfers though.

France hitman Nicolas Anelka has warned Chelsea chiefs he will not settle for anything other than a central striking role next season.

The France international moved to the Blues from Bolton for £15million in January but he has often had to settle for either a place on the bench or a starting berth on the wing since his arrival.

In Wednesday's Champions League final against Manchester United, the 29-year-old only came on for the final 10 minutes of extra time and ended up seeing his decisive spot-kick in the penalty shootout saved by Edwin van der Sar.

And Anelka expects to be more involved next season in his favourite position.

"In England, I no longer need to prove that I am better through the middle.

"Since I arrived, I haven't played in my position. Never as a number nine, always on the left or the right.

"Until now, I haven't said anything. I was a newcomer, I haven't wanted to make a story out of it because I still didn't know the club.

"But from next season, I insist I will no longer be the little newcomer."

Anelka was also critical of the decision by Chelsea staff to throw him on for the final few minutes of the Champions League final even though he had hardly warmed up.

"At no point did I think I was going to come on," he added. "I was on the bench for 110 minutes and suddenly I am asked to play, not even a minute after I was sent out to warm up.

"I don't know if that has ever happened in a Champions League final, in a match of that intensity, that a player has gone on to the pitch without having warmed up. When you go on, you have to be ready to run!"

The former Manchester City striker was Chelsea's fall-guy, taking the seventh and what proved to be the final penalty for the Londoners that was palmed aside by van der Sar.

Anelka admitted he had refused to be one of the Blues' original penalty-takers.

"I was asked to take one of the first five kicks," he said. "But I said: 'That is out of the question, I have come on basically as a right-back and you want me to take a penalty.'

"So I had to go in seventh but van der Sar pushed away my shot. All the better for him, that is the game."

Ye. Anelka was stupid to move to Chelsea. I'm sure he didn't think that he would beat Drogba to that Striker role. He though about the money before actually thinking about playing football. Typical Chelsea situation. I'm sure next season he will get his chance, maybe even over the Euro he can prove a point...
_________________
Forca Portugal!

John Terry's Champions League nightmare may worsen if UEFA choose to study his clash with Manchester United striker Carlos Tevez in the final.

The Blues captain, who missed the penalty that could have won the trophy, has denied any wrongdoing and action over an alleged spitting incident appears to rest heavily on whether or not reference to it was included in reports from the referee and the UEFA delegate.

A UEFA spokesman confirmed they had received the referee's report but were still waiting for the delegate to supply his.

If the incident is not included in either report, then UEFA may resort to examining television footage of the alleged incident before deciding on what action, if any, to take.

"The delegate's report should be in later today (Friday). We have received the referee's report but I cannot tell you what was mentioned in it," said the spokesman.

"At the moment there is nothing further to add."

Meanwhile, speculation continues to surround the future of coach Avram Grant. The 52-year-old Israeli is expected to move back upstairs at Stamford Bridge after guiding the club to its first Champions League final and pushing Manchester United all the way in the Premier title race.

Grant's future is likely to be finalised in the next few days with Gus Hiddink and Frank Rijkaard just two of the names being heavily linked as possible replacements.

Chelsea are already working on rebuilding their squad - which began with the £16.2million signing of Porto right-back Jose Bosingwa -

but chief executive Peter Kenyon insists there will not be major surgery and the intention is to keep the core of the side English and build around them.

"What this season has proved is that we have got a great squad in depth and that the club is capable of competing on all fronts," said Kenyon.

"I think it is more about tweaking that a complete rebuild. We have bought one player in Bosingwa so that was good to get that one done. We will take our time to look at what else is needed but it is two rather than 20.

"What you have got to look at is if one of top players goes, where do you get the replacement of that quality?

"We have the unenviable task, and this is where it is tough, that every player we bring in has to be better than what we've got.

"I think retaining our top players is a key component of the club. The strategy is clear: homegrown for obvious reasons, core being English - again we think that is a strength - and having players on long-term contracts so we are not going through constant change.

"The training facilities are better than anywhere else in Europe and we've proved we can compete at that high level by reaching the final of the Champions League.

"We take great heart from that and the spirit we showed in the final. That proves we are close to achieving that next stage for the club and winning the Champions League.

"Losing the final will not change our direction. We will regroup and come back better next season."

Midfielder Frank Lampard wants to sit down and talk to the club about a new long-term deal after the England international friendlies at the end of the month.

Kenyon is ready to meet him after labelling him one of the best in the world.

"Frank is one of the top in the world in his position. At no time have we thought a replacement for Frank was on the cards," he added.

"That is certainly one of the ones where we would like to get rid of the speculation." 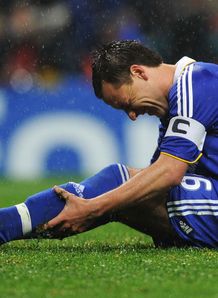 Chelsea captain John Terry has offered his apologies to those associated with the club for his UEFA Champions League final penalty miss against Manchester United.

Terry was left heartbroken as United capitalised on his failure to convert from the penalty spot to lift the European Cup in Moscow on Wednesday.

And, speaking of the incident for the first time, Terry has revealed his anguish and agony at missing the opportunity to secure the Champions League trophy for his club - who also sacked manager Avram Grant on Saturday.

"To all the Chelsea fans, all my team-mates, the manager and staff at the club," Terry said in an open letter on the club's official website.

"I am so sorry for missing the penalty and denying you the fans, my team-mates, family and friends the chance to become European champions.

"Many people have told me I don't need to say that but I feel I need to, that's just me. I have relived that moment every minute since it happened. I have only slept a few hours and wake up every time hoping it's all been a bad dream.

"I have had some amazing support from fans, current and ex-players, family and friends and I need to thank everyone for that. But I am a big man and I take responsibility for us not winning.

"I am and always will be Chelsea through and through. I will give my all on and off the pitch to win this trophy as a player and one day as a manager. And I am sure we will win it.

"That night in Moscow will haunt me forever and I feel I have let everybody down and this hurts me more than anything. I am not ashamed about crying.

"This is a trophy I have tried so hard year after year to win and it was just an uncontrollable reaction, I wear my heart on my sleeve, everybody knows that.

"The road to Rome (the venue for the 2008/09 Champions League final) starts here, we have to try and turn this experience to our advantage. I am very proud of how far we have come this season with everything that has gone on.

"Thank you for all your support for the team this season." 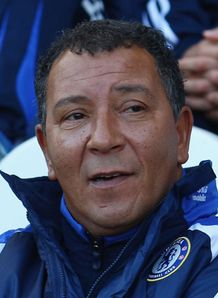 Chelsea have confirmed that Henk Ten Cate has left his position as assistant manager at Stamford Bridge.

The Dutchman linked up with the Blues last October to join Avram Grant's backroom staff following the departure of Jose Mourinho.

However, after Grant was sacked by Chelsea last Saturday, there were suggestions that Ten Cate would also be on his way out of the club.

Ten Cate, though, revealed at the start of the week that he had been assured that he still had a role in West London, where he was under contract until 2010.

He told Voetbal International: "Half an hour before Chelsea made the message about Grant officially known, I was called by the chief executive Peter Kenyon.

"He informed me that the departure of Grant will not affect me. I'd rather go on that than all those newspaper reports.

"That appointment was long planned and therefore separate from recent developments.

"In January I had one such evaluation and then we said we would do again after the season. I have a contract until 2010."

But Chelsea have now issued a statement to confirm that Ten Cate has left his position with the club.

A statement on the club's official website read: "Chelsea Football Club can confirm that it terminated Henk Ten Cate's contract today. This follows a meeting this morning.

"As a result of the team management changes at Chelsea FC, and in the light of any forthcoming appointment, it was clear this was the correct decision for all parties.

"Everybody at Chelsea would like to thank Henk for his contribution since coming to the club last year."