Location: Fratton Park, Portsmouth, Hampshire, England
Opened: 1898
Capacity: 20,688
The stadium currently has four stands, all seated. The pitch runs from east to west. The largest and most modern stand, at the ground's western end, is the Fratton End. Along either side of the pitch are the North and South stands, both of which are two-tiered. At the eastern end is the Milton End, by far the smallest stand. Formerly the only roofless stand in the Premier League, a roof was added for the 2007/08 season. This stand is shared between home and away supporters. The original entrance to the Fratton End is notable for its mock Tudor façade. Since the arrival of new owner Alexandre Gaydamak several renovations have been made to Fratton Park including improved dressing rooms, a roof over the Milton end and a big-screen above the police box between the North Stand and Milton End. Sponsorship has also been cancelled for the North Stand which now features "Fratton Park Portsmouth" and the club crest.

SkySports wrote:
Diarra tells Wenger to 'move on'
Former Gunner insists he did not panic 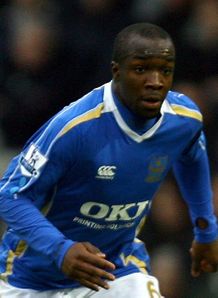 Portsmouth's Lassana Diarra has hit back at Arsenal manager Arsene Wenger's claims that he 'panicked' over his decision to leave Emirates Stadium.

Diarra joined Pompey in the January transfer window just four months after he signed for The Gunners from Chelsea.

Wenger recently questioned the midfielder's decision to depart Arsenal for the South Coast, insisting he would have eventually given him a run in the first team had he bided his time.

But France international Diarra has blasted his former boss, accusing him of dwelling on the past.

"I really can't understand why Mr Wenger is choosing to make such a fuss over me again," Diarra said in News of the World.

"Why does he not move on? He speaks about me more than when I was there. It's a very strange one."

Diarra also took a swipe at Mathieu Flamini's departure to Milan, adding: "Perhaps to lose one French international midfielder may be regarded as misfortune. To lose two looks like carelessness.

"Do you really think I would leave a side like Chelsea to join Arsenal if certain promises were not made? I did not panic but wanted to play as promised.

"Portsmouth winning the FA Cup has more than justified my decision to make the move from Arsenal back in January."

Diarra has been a big player for Pompey, he is showing real class there and he is very young. The move was so important for him no doubt.
_________________
Forca Portugal!

clubcall.com wrote:
Pompey to nip in for Dunne

Portsmouth are preparing to usurp Spurs' move for Manchester City's Richard Dunne by nipping in with a £5million offer.

The Republic of Ireland international is a fans' favourite at Eastlands but his departure looks to be imminent due to the current unrest at City with the expected departure of boss Sven Goran Eriksson.

Spurs thought they had a deal all wrapped up but the news that Pompey could nip in and make a late move for the player may also alert Aston Villa, Newcastle, and West Ham who have all expressed interest in Dunne.

Meanwhile City fans will be distraught to see the defender, who has established himself over the past few seasons as one of the most reliable centre-backs in the Premier League, leave the club.

i never noticied how pompey's badge had such an islamic vibe to it..

I know what you mean.

SkySports wrote:
Harry keen on Wright-Phillips
But Pompey boss unsure how much Chelsea would want for winger 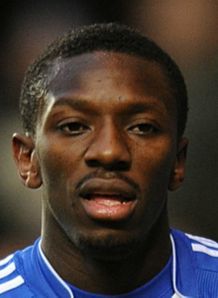 Wright-Phillips is still striving to establish himself as a fixture in the Chelsea side three years after his £21million move from Manchester City.

He recently stated his intention to still be at Stamford Bridge next season and has two years left on his current contract.

Pompey boss Redknapp is unsure of his prospects of agreeing a deal for Wright-Phillips, but would relish the chance to sign a winger of the 26-year-old's calibre.

"I haven't spoke to anyone at Chelsea," Redknapp told The News. "But I like Shaun. He's a terrific talent.

"I wouldn't know how much Chelsea wanted for him, though, if they were going to sell.

"Maybe they would want to wait until a new manager comes in.

"But equally they may not need a new manager to come in before they sell someone. I wouldn't know how Chelsea run their affairs.

"The player may want to wait until a new manager comes in and have a look at things then.

"But maybe he would look at his situation there and think he wanted to leave.

"Of course he's the type of player I would love to have, though. He's an excellent player."