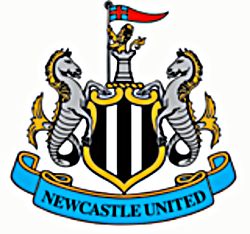 The club was founded in December 1892 by the merger of two local teams Newcastle East End and Newcastle West End who were previously rivals in the Northern League, but after West End fell into financial difficulties they decided to merge.The deal included the lease on West End's stadium St. James' Park and several names were suggested for the new club, including Newcastle Rangers and Newcastle City, however they chose the name Newcastle United

It would be nice to hear from real football fans who understand the game, about the state of the club atm and peoples opinions about the club. Is Newcastle a big club? Is that just a myth and are we subjected to continiuous scruitny from the media and for what reason if that may be the case? IMO, newcastle united are a big club and the reality is we will always be a big club while in the premier league.

Well depends what u mean from Big - If u mean BIG, sorta Man Utd, Chelsea status. No. Big as in Everton, Spurs, etc. then yes, I think you guys should be challenging for European places every season. The problem is the player's don't really care. They are already getting paid a s**t load of money so they don't really have any reason to do any better.

This is why Newcastle need to start having a control on these player's. Need to start scowering the world for talent instead of picking players who are gnna want more money than trophies.

As per usual I can see Newcastle spending a s**t load this summer. Fair play though, I just think you need players who will want to make Newcastle a bigger team and a team that will fight for that TOP 4. It will tak a long time i feel though.

obviously i'm biased but i don't think newcastle are as big as Spurs or Everton. Even Newcastles chairman was moaning about how first Woodgate and then Modric took less money to play at Spurs instead of Newcastle. And Harry Redknapp said he turned down a offer from a bigger club than Newcastle, and the media seemed to think he meant Spurs.

Plus Newcastle haven't won anything for years, I think they're more on a level with west ham and middlesborough.

Duzza wrote:obviously i'm biased but i don't think newcastle are as big as Spurs or Everton. Even Newcastles chairman was moaning about how first Woodgate and then Modric took less money to play at Spurs instead of Newcastle. And Harry Redknapp said he turned down a offer from a bigger club than Newcastle, and the media seemed to think he meant Spurs.
Plus Newcastle haven't won anything for years, I think they're more on a level with west ham and middlesborough.

We are alot bigger than west ham and middlesborough in my opinion and various statistics prove that. Your point on spurs and everton are vaild on some grounds however, my question was based on everything rather than particular areas such as transfers, money spent or the policy of wage structure developed. Newcastle are a bigger club than spurs and everton but many people mistake the word "big" and use it in the sense of how successful a club is. The size of the club and how successful it is are two different kettles of fish although they relate closely when your a Man Utd or a Real Madrid. First and foremost newcastle have the third biggest stadium in England (Wembley exlcuded) which we fill every week. We sell more merchandise than spurs and everton, sell out 52k crowds and have played in the champions league. Something spurs have never done and everton have failed to do in recent times, other than that one season in which they were knocked out of european competitions in their first ties. Our fanbase, merchandise sales, tradition, wage structure (albiet ridiculously used) are alot higher/better than spurs and everton, heck we even have a film made for us GOAL! Newcastle Utd are a worldwide recognisable football club, a huge brand and many people fail to realise that. No, we are nowhere near the size of Manchester Utd or Chelsea (we were bigger than the latter 5 years ago) but our fanbase is massive locally and it won't be beaten. Our fans are passionate and loyal unlike the majority of plastic fans you find deriving from chelsea and man u. Not all are because fabs for example is a fantastic Man U fan as the sayin goes there are more city fans in manchester than there are reds and those plastic fans are from all over the world who just want to support a club with success just to feel part of a group.
To say we are in the same bracket as west ham and middlesborough is wat far of the mark tbh.
In conclusion Newcastle are big club and i think theres a bracket of the sizes of clubs.

to be honest i have to respectfully disagree with you. I don't think anyone who isn't a Newcastle fan would say they big, but then how are we defining big? Sure they have a big fanbase in Newcastle but thats because they're the only team in Newcastle lol and there is nada else to do in newcastle other than watch football and eat pies, if millwall were the only team in london they'd have a massive fanbase lol. Outside of Newcastle its pretty rare to see a newcastle fan who doesn't have a geordie relation.

I'm not sure about merchandise, but i don't believe Newcastle have more fans than Spurs do, but they definately don't have a greater history or tradition than Spurs or Everton, Newcastle haven't won anything in years they have a history of unacheiving thats all. You do have a big wage structure than spurs, infact newcastle spend £62,475,000 last season on wages, the biggest outside the top 4, almost £20 million more than Spurs who's wages were 43,804,000. But I think that says more about how poorly Newcastle are run than anything else. Plus, according to the telegraph Newcastle have £69 million of debt. 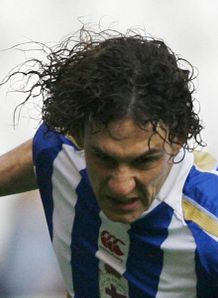 The Argentinean centre-back is set to leave the Galician club this summer despite coach Miguel Angel Lotina being keen for him to stay.

The 26-year-old is valued at 13 million Euros and Lotina knows, given Deportivo's financial constraints, that without the sale his ability to strengthen would be limited.

Spanish clubs - thought to include Real Madrid and Barcelona - are also interested but Coloccini's agent, Marcelo Lombilla confirmed talks with the English clubs are more advanced.

He told AS: "There are two important teams willing to pay a very good amount. The two clubs are very serious in their interest. If not, I would not be going backwards and forwards to England.

"There are teams in Spain that are also interested, but one must be slightly patient."

Deportivo signed Coloccini from Milan for an undisclosed fee in January 2005. Last summer, they rejected an offer of 10 million Euros by Real Zaragoza for the player.

he will do nicely. our defence sucks major arse. wouldn't mind getting a few extra midfielders also as thats another weak spot in our team. Vetstar dw bout them. they will be calling us a big team once we kick major us this upcoming season.

You need a creative midfielder, at the moment your most creative CM is Butt....

well were getting rid of carr(thank god) so we need a ght back. n'zogbia is a player i rate and he has been playing left back which is not his preffered area and his much more useful for us on the left flank pushing forward so a left back is also on the cards as well as the center backs. butt is finished and should be sold lol. our strike force is the only area that really doesn't need strengthing or replaceing.