Basically I thought first half we played some quality football, moving the ball around quick and player's making good movement. I had my doubts on Moutinho but he was probably the Man of the Match to be honest. Every time he got the ball he knew where to go with it, and he was good in closing down other player's. I also thought Petit wasn't too bad, his tackles need to be sharpened but overalll he had a good game, our 3 centre midfielders all had good games. Deco was unreal aswell, great first touch, seemed to get by player's without running, his passing was top notch aswell.

2nd half was very different, we just didn't have the same fluency in midfield, player's weren't moving enough and the midfield was getting overun, no one could make a tackle like Petit could (all be it a bad tackle atleast). Veloso was poor, he just let player's get past him every time, didn't stick in a foot or nothing. Some of his passing was actually quite good. If we are going to use Veloso it should be alongside, Petit and Deco, because he can't tackle but he can read the game well, so maybe with someone like Petit in midfield then he would rip it i think. When Postiga came on i thought he was gnna be poor, but in all honesty, he was actually very good, moving around the area alot and create havoc in the opposition penalty area. I would like to see Postiga play with the likes of Deco, Ronaldo, Moutinho, Simao in the team. I think he could be quality, he has the movement just needed the service to score the goals.

To sum up. It was a good game and a great way to go into the Euro. 2nd half wasn't great but we did change the whole team so that is a fair enough excuse.

NEXT ITS THE EURO!!!

He was definitly the man of the match! He'd run forward to join the attack with heart, and he'd run back down the field to defend with heart..and he did this the whole time he was on

Veloso i think might be in trouble seeing the pitch during the Euros, i think him and Petit were the worst players in the game today. I even think Raul Meireless did pretty well


I agree with Dejesus. i would like to see Postiga playin alot more often..especially over Nuno Gomes..Gomes is done, i mention on here last week that i had a dream that Nuno Gomes got back to his normal self during the Euro tourny and came out big for us a few times and i believed it could happen...this game brought me back to reality...how many fuckin easy chances did he miss to put the ball in the net today guys??

this kids life is about to change right after the Euros 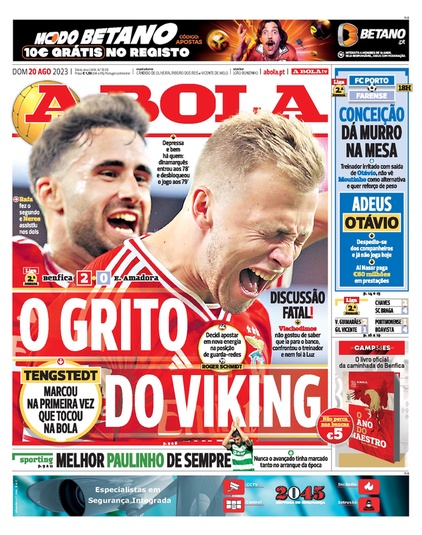 i guess Barcelona are lookin for someone to replace Deco

Anyways, i cant wait for Euros

Moutinho was apparently wanted by Newcastle before so thats another team that will be watching him closely. Hope he does well.
_________________
Forca Portugal!

he is a player i will happily take. happy with the 2-0 win although im still not convinced with us.