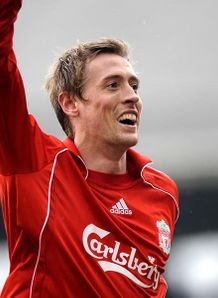 It had been suggested Storrie and manager Harry Redknapp met for talks with the England international on Thursday evening ahead of the FA Cup final.

However, Storrie is shocked by the possible meeting as they pair were with the team relaxing and having a meal in Brighton and were not in Liverpool.

Storrie believes the story might have come out to disrupt the team's preparations ahead of the FA Cup final as they will not be looking towards next season until next week.

"I don't know how we did that as we were out with the team at a lovely restaurant in Brighton.

"I don't know why people make up these daft and ridiculous stories up.

Whether it's just related to the fact we're in a Cup final or not I don't know.

"Our thoughts at the moment are purely on trying to win the game tomorrow.

"As far as who's going to be here or not next season we'll deal with that on Monday." 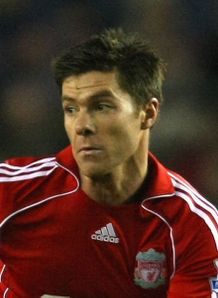 Juventus are believed to have stepped up their interest in Liverpool midfielder Xabi Alonso by flying to England to hold talks over the transfer.

Reports emanating from Italy claim Juventus director general Jean-Claude Blanc has flown to Liverpool to discuss a deal for Alonso.

Juve have been linked with the classy Spaniard for some time, and now the Turin giants are ready to make an increased effort to lure him away from Anfield.

Alonso has suggested he was happy to stay at Liverpool, but he could be forced to rethink his position if Reds boss Rafa Benitez decides to listen to offers for the player.

It is believed the two clubs are in advanced talks about the move, but they have so far failed to agree a price with Liverpool holding out for £14million for the former Real Sociedad man.

However, Juventus are confident they can reach a compromise with Liverpool to see Alonso link up again with former Reds team-mate Mohammed Sissoko in Turin.

Blanc is also believed to have used the trip to England to hold talks with Chelsea over a move for Wayne Bridge.

Juve boss Claudio Ranieri is thought to be keen on signing on Bridge as he prepares for next season's Champions League campaign.

Ranieri is a big fan of Bridge having signed him during his time in charge at Stamford Bridge and with the full-back struggling to hold down a regular place in the side, Ranieri hopes the prospect of regular action at Juve could tempt him to leave England.

Liverpool boss Rafa Benitez is set to make a ambitious bid in the region of £20million to prise Franck Ribery away from Bayern Munich.

The 25-year-old only joined Bayern last summer for £17m from Galatasaray and he has again impressed with his outstanding displays on the wing leading to comparisons with Cristiano Ronaldo and Lionel Messi.

Reds boss Benitez is determined to get some quality on the flanks and they do not come much better than the French international, but as ever Liverpool are not alone in wanting the player with some of Europe's top clubs also linked with a switch for him.

It remains to be seen how much money Benitez has to spend but if he were to make a £20m move for Ribery would he still have another £20m to prise Gareth Barry away from Aston Villa.

Gareth Barry is being urged to quit Aston Villa and join Liverpool by his fellow England international and Reds skipper Steven Gerrard.

Reds boss Rafa Benitez has already seen one bid to sign the current Villa captain and midfield star snubbed since the end of the season as he looks to add him to the Anfield engine room.

Villa boss Martin O'Neill has stressed that he wants Barry to stay at the club and hit out at Benitez for revealing details of his bid to sign the player. However Gerrard has now been urging the player to join him on Merseyside whilst together with Fabio Capello's England squad this past week.

He said: "Gareth Barry is someone who will improve Liverpool. We can't be disrespectful to Villa, he is still their player and we will see what happens.

"Naturally, they are going to try and keep hold of him and rightly so, because he is one of their star men. He has been a fantastic servant for them over many years.